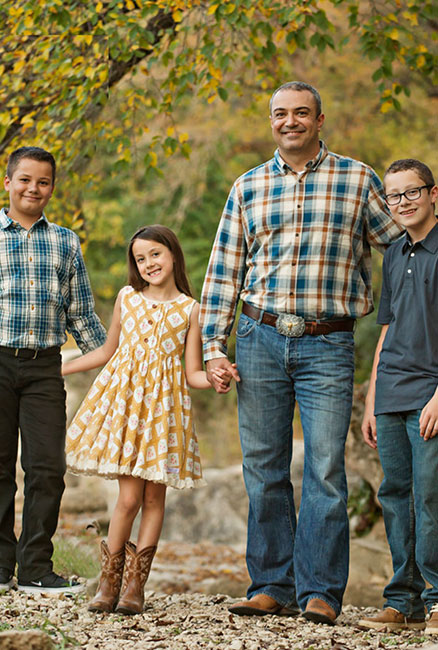 Dr. Dan Boboia graduated with honors from the University of Oregon, where he earned two bachelor degrees for majors in both biology and psychology, as well as a minor in chemistry. He completed his Doctorate of Dental Surgery at the University of Pacific, Arthur A. Dugoni School of Dentistry in 2003. Then he spent a year in general practice residency at Denver General Hospital, where he refined his skills in all facets of dentistry but focused heavily on pediatric dentistry and oral and maxillofacial surgery.

After completing his residency, Dr. Boboia furthered his education in both oral surgery and anesthesiology at the Medical College of Georgia, where he completed a one-year oral maxillofacial surgery internship, as well as an additional year of training in surgery and anesthesia. He received his internship certificate in oral and maxillofacial surgery from the Medical College of Georgia School of Medicine. Dr. Boboia obtained his board certification with the National Dental Board of Anesthesiology and became a fellow of the American Dental Society of Anesthesiology.

Dr. Boboia spent two years in private practice at an Indiana dental clinic that served the working poor. He returned to residency training and became a pediatric dentist in 2010. Dr. Boboia served as chief resident during his final year of pediatric dental residency at Saint Joseph’s Hospital in Rhode Island. This is a prestigious position that is given only to the top resident in a specialty program.

Dr. Boboia has three kids of his own. On his days off, he loves spending time on his farm, playing guitar, and riding Harley Davidson motorcycles.

He looks forward to using his extensive training to provide the best possible care for your children and always treats all his patients as if they were his own.